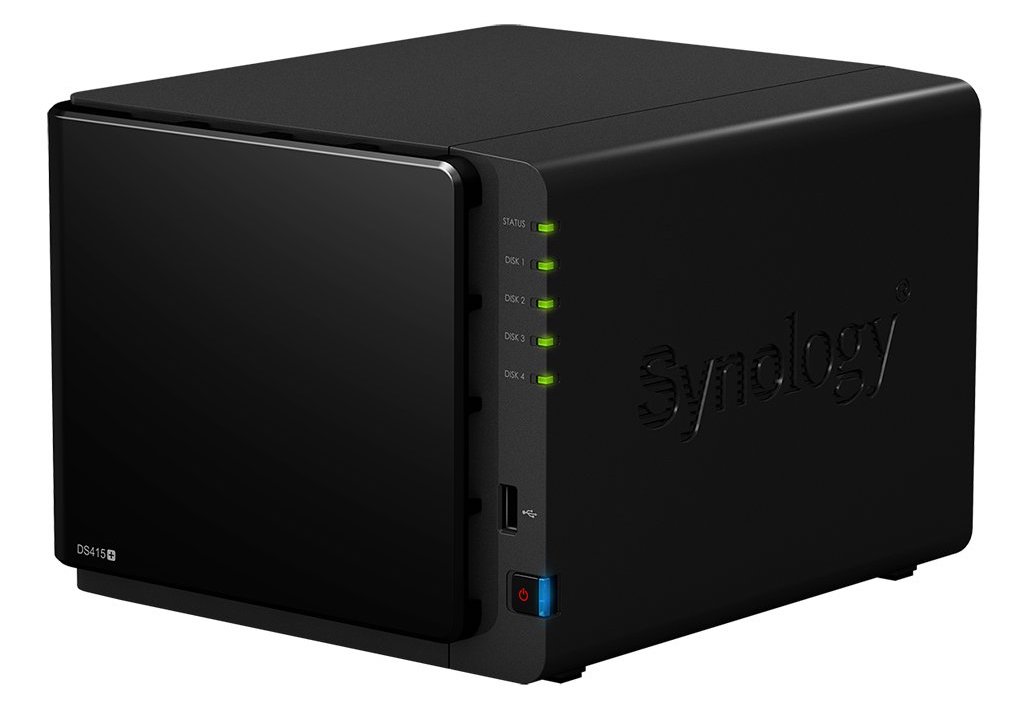 Note: This post was published with a date in the past. Feel free to post comments with this context in mind.

This post describes my experience shopping around for my first NAS. Maybe it will help someone looking to get a new NAS themselves.

It is not possible to go into excruciating details of every aspect of the device, but, I have tried to at least gloss over what I believe is important.

The need – A networked media/data server

I have been wanting to set up a home media network ever since I got out of college. The kind where my music, movies, and, TV shows were always available to playback across devices (and rooms). At one point, I had drawn up the layout of this hypothetical network for a colleague who was curious. This was way before consumer-grade Network Attached Storage (NAS) devices became mainstream.

Fast-forward to 2015, and, NAS devices are pretty popular. So popular, in fact, that when I got serious about purchasing one, there was a plethora of options to choose from. I was looking for a device that would serve as a one-stop-shop to serve my media, documents, version-control for source-code, and, software archive; just about anything I would need served over my home network.

To get there, the device HAD TO check the following boxes for me:

Now that we have gotten the obvious out of the way, having a RAID is better than not having a RAID. The NAS devices I was looking at, all supported RAID in some form, and, all came with 2+ drive bays. This was the easiest “requirement” to meet.

My plan was to start with two drives, but, still keep options open for future storage expansion. So, a minimum of 4 drive-bays was in order. Again, not a difficult requirement to meet, but, definitely bumped up the cost as I was no longer looking at the lowest-tier devices.

This was another common feature on NAS devices. Not a hard requirement to meet.

Compact, in relative terms. It is possible to build a custom NAS with any PC (using something like FreeNAS), but, I was definitely NOT looking for a big desktop-like enclosure. Mini-PC builds were out there, and, were considered. Whatever it would be, it had to fit neatly in a living-room setting where I was planning to set this up.

Side note: This was also when I was renting an apartment, and, was moving on a yearly basis. So, the compact form-factor was a requirement for my comfort. I also did NOT have any old-spare computer lying around to re-purpose at the time.

The device I was looking for, had to be a 3rd generation, or, later, from the manufacturer. I simply did NOT mean to become a guinea-pig for the early revision of any product. The product had to be hardened enough by a few iterations of consumer feedback.

This was very important for me. When you have a lot of people using the same product, the issues are easier to replicate, and, also to resolve. It’s way easier to do a google search for a problem and find out that it has already been solved by someone else for the same hardware.

I was NOT looking at a Xeon-powered device, but, I was not willing to settle for an under-powered device either, where every operation would become a test of my patience.

8. Priced right for the features

A cheap product was NOT an absolute requirement. I was willing to pay the right price for a product that met my needs. If it was priced at a premium, but, came with all the bells-and-whistles out-of-the-box, I would be willing to buy it.

So who were the contenders?

As I said before, I did not have an old computer lying around to re-purpose. This meant that I had to chalk up hardware specs for a new computer, make sure it would be compatible with the FreeNAS installation, do a FreeNAS install, and, figure out stuff that would still potentially go wrong. I was no expert in FreeBSD either. A broken build would prove expensive both in cost, and, time spent in trying to make it work.

This was a red flag for me, especially since I was just starting out with my home network storage needs. At this point I made a decision to go for something that would be more plug-and-play, and, linux-based (sorry BSD fans, this is just me).

Update [2018]: In hindsight, I am glad that I decided against using it AT THAT TIME. This was in early 2015. Later in the same year, FreeNAS 10 ALPHA was released. It was plagued with problems, with reports of users reverting to using the older FreeNAS 9. In 2017, two years later, the FreeNAS development team would drop the entire version to a “technology preview” status, essentially relegating FreeNAS 10 Corral to the graveyard. It is no longer available as a download. It is not available in the official archived releases either.

I am NOT recommending against using FreeNAS. Recent builds are reportedly very solid. All I am saying is that I saved myself from a lot of trouble in the time immediately following MY purchase.

Synology vs QNAP vs Drobo

As I was reading through multiple reviews, and, feedback from customers, QNAP, and, Synology stood out from the rest. The Drobo devices seemed competitively priced, but, I was not feeling a lot of support behind it (not as much as the other contenders at least).

All this research was making me exhausted, and, I wanted to take a decision soon. Right around this time, @shanselman was giving glowing recommendations for his Synology NAS, and, writing a lot about what he was doing with it. That tipped the scales heavily in Synology’s favor, and, I made up my mind to go for it.

Very soon, I found myself fixated on the Synology DiskStation 415+ product page on Amazon. It checked all the boxes.

Okay, fine, that was the only color it was available in. But, I liked black better because white would start showing dirt sooner (if you would’ve seen some of the white NAS models, you’d know what I mean).

Add to cart, but, wait … I am not done yet, am I? This was just the NAS device. We still need to buy storage. 🙂

Where do I put my data?

No NAS setup is complete without disk-drives to store the data. I had budgeted to buy two disk-drives. But, before my head could start racing into what my setup would look like, my research brought me to an interesting fact about hard-drives; something I had been oblivious to in my desktop-usage days.

Every component has a shelf-life. Well, … of course I knew that. I had been bitten multiple times by failing drives long before this particular hunt. What dawned on me this time was, that this shelf-life is greatly affected by how long, and, how often the component needs to be running. What’s the most critical function of the hard-drive? To store data; and, you don’t want that to be creaking under normal operating load for a NAS setup. Manufacturers understand this need, and, so they sell NAS-grade drives. At a premium of-course!

If you’re already convinced about the need for NAS-grade drives, move on to the next section, otherwise read on.

tl;dr If you love your data, start with valuing the hardware that stores it for you.

I had this question too. NAS-grade drives are always more expensive than their desktop-grade counterparts. As the person paying for these drives, I would want to know if they are worth their weight in gold.

NAS drives are designed to be run 24/7 in a data-demanding environment. The drive motor, platter, and, drive-heads would be the obvious improvements that guarantee you longer shelf-life, but, there are also differences in the way the micro-controller is programmed.

A little bit of googling reveals some chatter on the internet about RAID setups going horribly bad when using desktop-grade drives. One of these is about the built-in power-saving functions of modern desktop-grade drives kicking-in at the most unexpected times for the RAID controller. This confuses some RAID controllers into thinking that the RAID array has degraded, and, it starts rebuilding the array. Rebuilding the RAID every-so-often (when in reality the RAID isn’t need of rebuilding at all), leads to more drive wear. Coming back to what I said earlier about component shelf-life. Eventually, the drives fail completely, as they reach end-of-life sooner.

NAS drives are designed with RAID and data-readiness in mind, and, thus are more reliable in a RAID setup. They are NOT exempt from failure, but, are generally more reliable than desktop-grade drives (every component has a shelf-life).

My golden rule is, if you love your data, start with valuing the hardware that stores it for you.

Clash of the titans – Seagate or Western Digital?

I’ve been following hard-drive debates for years, and, the interwebz seems to be divided equally in both camps on this one. For some people Seagate drives have worked better, for others, it has been Western Digital. Unfortunately, I am no sage, and, hence cannot recommend one over the other. Whatever you end up buying, make sure you read the product reviews, and, problems for the exact model number of the drive you are planning to get. Reliability is a requirement, irrespective of brand.

Making sure the drives are the same model number, and, preferably the same month/year of manufacture, helps keep the variables for potential problems to a minimum.

I have never had problems with my choice of Seagate drives in the past, so I ended up buying two of their 4TB NAS drives (model no: ST4000VN000).

Side note: With a few months of use on the drives now, I am happy to report that the drives haven’t made so much as a hiccup. They’re fast, and, very quiet.

I checked out all the items in my cart. In about a week I had the delivery package from Amazon.

All I can say right now is that I am loving the device. Synology has made a very solid turn-key solution, and, it has been getting regular updates (feature as well as security updates). I might do a review blog-post of the device in the future as this post has dragged on too long already.

If you made it this far, thank you for reading my post. If you are new in the market for buying a NAS, I hope my thoughts helped you in some way.